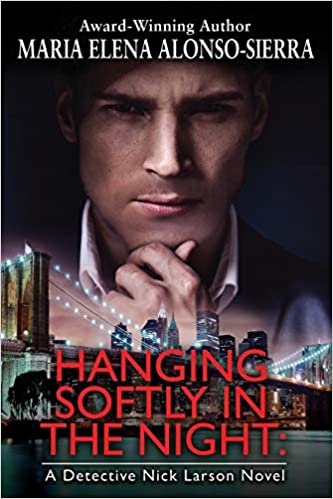 "A gripping thriller of a detective’s encounter with intriguing murder mysteries while he deals with his traumatic past. Chaotic, captivating and extremely well researched thriller that excites and compels the reader to read it in one sitting."

Can You Hear What the Dead speaks?

Nick Larson is a detective in NYPD and gets his hand on the most unnerving and intriguing crimes of the city along with his kickass colleague Victor Sacco, while the trauma of his ex-wife’s death still haunts him. The conflict is staged in a suicide case of Isabel Creasy, a young and ambitious woman who was terrified from the name of the death. What appeared as a simple case of suicide, smelled of something hideous to Nick, followed by a series of suspicious deaths which points towards a much complicated case of homicide and a missing link involving drugs, dark web and weird obsessions. If this was not enough, Nick has some unsolved mysteries of his own life as well.  Shaken by the past and struggling to live a normal life, ironically Nick finds his job as the only refuge from the misery he suffers.

Structure and Element of the Novel

Hanging Softly in the Night: A Detective Nick Larson Novel is a thriller fiction novel by the Award-Wining Author Maria Elena Alonso-Sierra who has written many books in similar genre. The novel is well researched and well-structured. It begins with an element of suspense when a suicide cum murder mystery case is reported. The cases that followed added to the clock to build up the tension in the plot, increasing the suspense and ending in an unanticipated climax. The minor details of the investigation and a precise psycho-analysis of the detectives’ state of mind shows the author’s meticulous and thorough understanding of the subject. The abbreviations in the opening pages reflects the same. I loved the title; one must re-read the title to understand its relevance and the irony behind it.

“Death was a smell he never got used to.”

The story follows a perfect narrative arc. It has a fast pace, new characters come in and carry forward the story in a different direction, but neither the POV nor the central theme changes. From the description of the lives of the detectives, their formal and informal verbal exchanges, deep companionship, complicated relationship, challenges at work,  it seems that the author has done a thorough study or have kept a close watch on their lives.

“This moment proved Life was a bitch with an agenda, eager to screw him at every opportunity.”

As the reader begins to see everything from a detective’s perspective, the backstory of the victim’s life and their state of mind unnerves the reader with the hidden vulnerability of innocent people. The author has very well portrayed the dark-side of world, substance abuse, bad parenting, loneliness, perils of social media, weird obsessions and how there is always someone who is ready to prey on your weakness in the narrative.

“She had created her own monster, one that had eventually devoured her.”

It is very thoughtful and conscientious of the author to pen down some contemporary and realistically relevant matters like environment in the novel which will be refreshing for the reader too. Also, the dialogues, particularly the swear words, challenge the stereotypes which may sound a bit unusual but will draw readers’ attention. The occasional episodes of Nick and Laura’s love life add warmth to the story too. The only thing that could have been better was editing. The paragraphs were somewhere unnecessarily detailed and not required, making me skip those. Otherwise, it is a must read thriller novel and I look forward to read more of the author’s work.

I find the novel as a compelling train of crime stories where few badass detectives are all blood and sweat over the mystery of suicides happening in the city. It exposes the reader to all the heat the detectives have to go through and the dark, unnerving truth of human vulnerabilities that leads them to take extreme steps while we live our day to day lives. It is a great read for all the thriller-suspense novel lovers and strikes a chord with the reader invoking their sympathy for the deceased. The conscious effort of the author to make the story as real as possible is much appreciated. Brace yourselves for this amazing thriller ride.

Structure & Elements of the Story:4/5 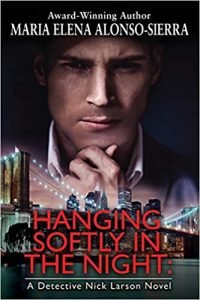 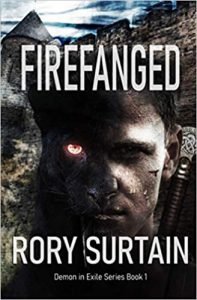 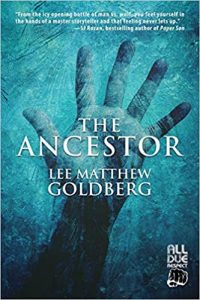